I currently teach World History and U.S. History as well as varying Raise the Bar courses that focus on college preparation reading and writing, and public speaking. Students tapped me to be this year's Speech and Debate Coach, so I also go by "Coach Beth" at different times.

While I had every intent of going on to museum and archive work because of my studies and skills in research, the opportunity to teach at the university level presented itself. I worked for a total 19 years in some form or another for NAU, 8 of those teaching. I taught for several programs and colleges at the university including Women and Gender Studies, the Honors College, and the School of Forestry. I love teaching and wonder if I will ever get to do the research work that originally called me. 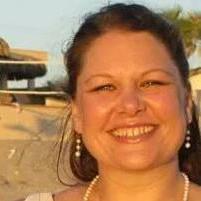 Other
Speech and Debate Team Coach